Note: The price Chekku Gingelly Oil and Cold Pressed Chekku Sesame oil is different due to the quality of seeds used to extract the oil.

Marachekku Ennai – When Immanuel S, employee at a private firm was diagnosed with a heart ailment recently, his doctor advised him to switched to cold-pressed gingelly (sesame) oil. Since then, the entire family has been following suit and they consider the change, an informed choice. “We didn’t want to spend on medicine and hence, changed our dietary habits. The move seems to have worked as no one in the family has fallen ill since then,” he says. Just like Immanuel, many households in Coimbatore are gradually switching to cold-pressed oil. After millets made a comeback on Coimbatorean’s menu, it’s the turn of cold-pressed oil (chekku ennai) to find its way back in health-conscious Coimbatorean’s life.For the last three months, homemaker Rajeswari N has been making a trip to the nearest oil mill in her locality. She opts for cold-pressed gingelly oil, groundnut oil and coconut oil. “During my childhood, back home in my village in Theni, we used cold-pressed oil for cooking. But, after I got married and moved to Coimbatore, it became an arduous task to find chekku ennai and I switched to refined oil. It was only recently that I heard of an oil mill near our house and immediately went back to those good old days of cooking. Life has come full circle,” says Rajeswari. 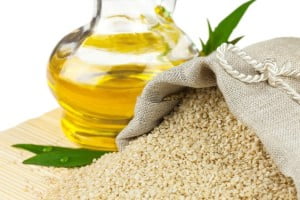 According to BS Venkatachalam, proprietor of a cold-pressed oil chain in the city, “There is an increased awareness among people today and they are extremely conscious about their health. They are now aware that many health issues can be addressed by changing one’s food habits and opting for cold-pressed oil is an example. It’s a misconception that oil in itself is bad for the body. Human body needs lubrication and hence, it needs oil. It’s in the extraction process that we go wrong. In the days of yore, the oil was extracted in chekku made of vaagai maram and the vaagai marachekku oil (vigin cold-pressed oil) was considered extremely beneficial to one’s health. Vaagai maram has the propensity to absorb heat and the hence, the oil churned out from such an oil expeller is beneficial in the long run. They would also use bulls to operate the chekku as they would move slowly. This would ensure that the same temperature is maintained throughout the extraction. The cold-pressed oil extracted with this press (oil expeller) has no LDL (bad) cholesterol. On the other hand, adulterated oil when heated extensively becomes toxic in the long run. ”